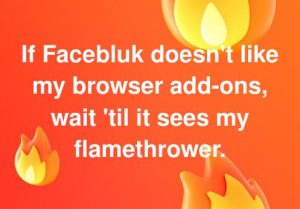 I didn’t know I was getting newsletter e-mails from Senator Herb Kohl until I had to fix some mail configs and dug into an account I haven’t really used in years. Suddenly there was this nice fresh one. So I read it. I’m still scratching my head at the apparent (to me) insanity. Some kind of megalomania, schizophrenic power-trip; whatever, it disturbs me. It says something terribly discomforting about the USA.

I thought this guy was relatively all right, until I read this:

“…as Chairman of the Senate Judiciary Antitrust Subcommittee, I introduced the bipartisan No Oil Producing and Exporting Cartels Act (NOPEC). It would authorize our government, for the first time, to take action against illegal conduct of the OPEC oil cartel. The NOPEC bill would establish clearly and plainly that when a group of competing oil producers – like the OPEC nations – act together to restrict supply or fix prices, they are violating U.S. law. I recently raised the subject of increased oil prices with Federal Reserve Chairman Ben Bernanke at a Senate Banking Committee hearing to gain insight about current efforts to curb rising oil and gas prices. It is time for the U.S. government to fight back against efforts to fix the price of oil and hold OPEC accountable when it acts illegally.”

No matter what we think of them, the OPEC nations are not part of the United States, and are not subject to our laws. So what is the point of waving a provocative red flag of empty threat?

The USA must stop acting as if it owned the world and start cooperating with other nations as peers. That is called growing up. Being a playground bully and whining about the terrorism that it inspires with its careless arrogance (while indulging freely in terrorism) is not building any respect for us. You have to GIVE respect to get it.

I guess this rant should show that I am not just a knee-jerk anti-Republican. :p

Fire From The Sky > terrorism